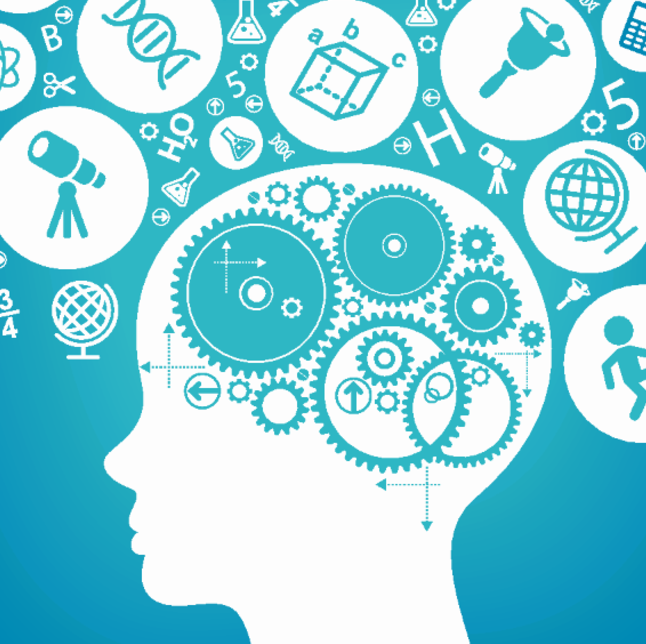 For the last two years I’ve been performing and touring a full evening two hour theatre show. The performance is entirely solo and whilst I’ve had plenty of offstage support, the footlights have shone up at me alone.

The show is called Sideshow Tricks and it’s been both the greatest challenge and learning experience of my professional career. Here are a few things I’ve learned.

1) YOU NEED AN IDEA THAT YOU REALLY BELIEVE IN 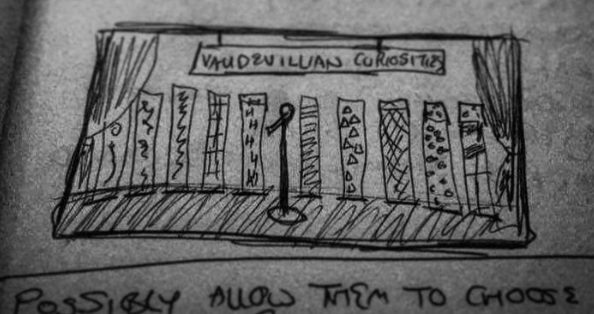 Original sketch idea (2013 I think) for the show which became ‘Sideshow Tricks’.

If you’re going to spend any serious amount of time pushing something up a hill, you need to be 100% certain that it’ll be worth it when you get there. Make sure when you tell people about the idea (and I don’t recommend telling too many) that they’re excited. More importantly, make sure that YOU are. It should occupy your every waking thought, dominate your attention and be spilling from every pore. Once it is, you know you have something that you’re really going to dedicate yourself to.

It’s going to take so much longer than you can possibly imagine. It won’t be smooth sailing and you’ll learn a lot along the way. It’s easy to think that you can plan it all on paper perfectly and then begin the real work but it never happens that way. Just choose one element and start building. Whether that’s making a prop, working with a designer or saving up the money to buy that illusion you crave. Don’t put off until tomorrow that which can be done today! Keep moving forward, eventually you WILL get there.

3) TRUST YOUR INSTINCTS BUT HIRE PROFESSIONALS

Trust me, you aren’t as great as you think. None of us are.
This is especially true when it comes to magic. No other performance based art expects the performer to write, direct, costume, design and carry out any other element of a live show beyond that of performing. In every production show I’ve been part of there’s a team of people working diligently on singular aspects. No panto company ever asked me to ‘have a crack at designing the poster’ or ‘painting the set’.
This is one of the areas that magic falls down. Too much self reliance or worse, self belief.
You should have a solid grasp of what you’re looking for, but a few well placed professionals to help guide that ambition with a steadier hand than your own.
If I could only fund paying one outside professional it would be a graphic designer.

Having to explain your concepts to someone is often the first step to recognising that you’re trying to do too many things in one place. Designers understand the need for simplicity and clarity of vision. They won’t let you get away with clutter and they’ll have a wealth of experience that is well worth the money you’ll spend. (Which is often more reasonable than you’d think once you build a good relationship and stick with the same person). 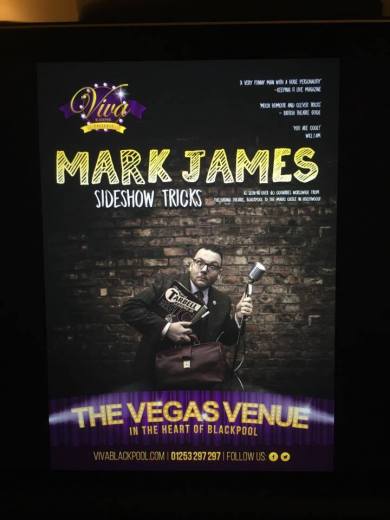 The original poster that I worked on ‘vs’ that which my trusted designer took over. 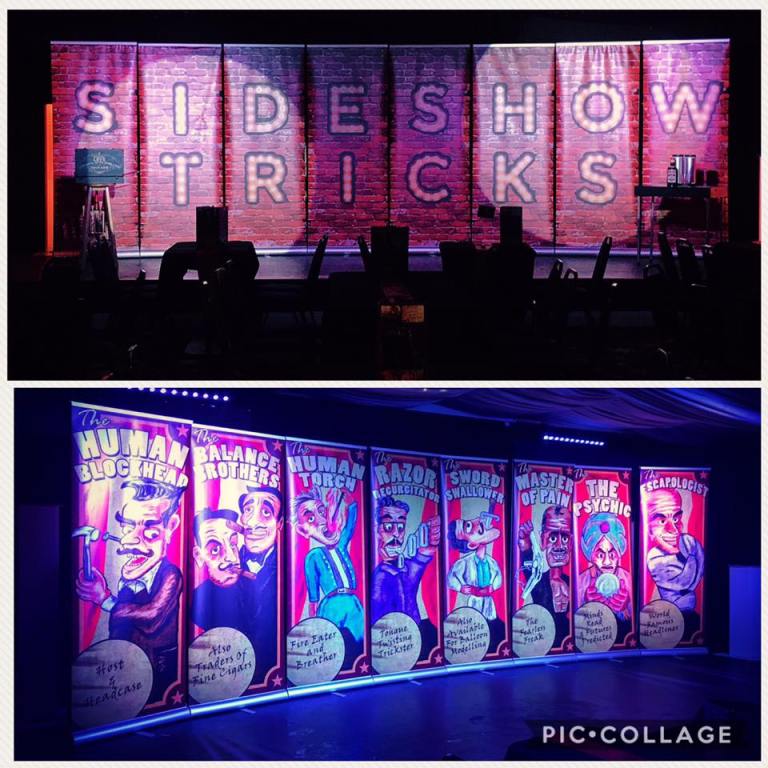 My double sided set designed from my hand drawings and posed photographs.

At every stage of this process I worked with a designer. It ended up way better than it would’ve done had I worked alone. There are about 200 other examples of this but I think see my point.

5) THERE’S NO SUCH THING AS A BAD IDEA

Write down EVERYTHING. I mean it. E V E R Y T H I N G.
A pad and pen should be your constant companion. Yes, I know you can use a phone. Don’t. Use a pad and a pen. Having it with you reminds you that you’re in the business of thinking of things. It also gives you a sense of having ‘filled something up’. Filling the page with ideas and little drawings becomes addictive. Humans are collectors and ideas can be collected with the same enthusiasm as anything else.
Using an iPhone is distracting.
If you must use a digital format, try Evernote. It syncs between multiple devices and can save everything from pictures and hand drawings to web clippings and text. I use it as a sidekick to the pad and pen. Particular when I don’t want to copy down long hand information from wikipedia.

6) GET A NICE PEN AND A QUIRKY NOTEPAD

Give some value to your ideas by recording them with things you enjoy holding and using. I always wanted a ‘luxury pen’ and finally bought myself a Mont Black M Ultra Black by Marc Newson (pictured left) as a gift for finishing a particularly tough gig (remember that month by myself in Finland?) It’s nice but it’s prohibitively expense nature means I’m so scared of losing it that I never take it out of the house! (The pencil also picture is a Blackwing 602, look it up).
Now I use a Lamy Safari Fountain Pen (no they really aren’t like you remember from school). They come in every colour, are a joy to use and cost around £18. I’m currently using an Alice In Wonderland notepad which was bought for my wife as a gift from our mutual friend (thanks Darren).

The cotton wool ball of self approval does you no favours. Look for criticism in all areas. Thank people for their candour and use it to inform decisions. I’ll let Alexander Pope take the reigns here in an except from ‘An Essay On Criticism’ –

“In all you speak, let truth and candour shine,
That not alone what to your sense is due,
All may allow; but seek your friendship too.
Be silent always when you doubt your sense;
And speak, though sure, with seeming diffidence:
Some positive, persisting fops we know,
Who, if once wrong, will needs be always so;
But you, with pleasure own your errors past,
And make each day a critic on the last.
‘Tis not enough, your counsel still be true;
Blunt truths more mischief than nice falsehood do”

“And make each day a critic on your last” is my favourite part.
If you truly care about improvement, accept criticism with the same warmth as praise.
8) FIND EXTRA WAYS THE SHOW CAN MAKE MONEY

Happily, Sideshow Tricks was a critical success. It reviewed entirely positively on TripAdvisor, in print and on digital medial as well as all social media mentions I could find. Knowing I had something people loved kept me going, but it never paid the bills.
It paid for itself, most of the time, but in comparison to filling my diary the usual way I made less money. It’s not the kind of financial iceberg that sinks ships but it’s worth taking into account.If you’re going to do something like this, you need to be aware that it’ll cost you dearly in the beginning and you may only make that money back over a few years.
All that being said, I didn’t particularly push ticket sales because it was full enough for me to be happy with numbers at shows and I never tried to sell any merchandise.
There are probably tons of ways to squeeze extra money out of the work that you’re already doing and especially to a captive audience. I’m just not very good at them.
I’m in a fortunate position in that the rest of my diary is busy enough to handle breaking even on a passion project but those of you reading this who are semi professional or hobbyist performers may want to weigh up your options carefully.
9) UNDERSTAND SOME THINGS ARE WORTH MORE THAN THE MONEY THEY MAKE.
Ultimately the things I took from working on and performing Sideshow Tricks were worth way more than the money it made. I got to fulfil some personal ambitions and to write and perform a full evening two hour show. I learned how to structure the show in order to keep the audience engaged in a single performer over a longer period of time. I learned to be my own warm up man. I learn to trust other people with important things. I learned to relax on stage and to let the audience see who I really am. I learned how to tell stories and I learned how to listen.
Having the show created some great publicity and it managed to book itself into a few very lucrative places along the way. I now have two hours of material that I take on board cruise ships as my separate shows. It motivated me to give my act a name and get a poster. Things I’d never considered before but that made it a sellable product, rather than a ‘guy turning up with some tricks in a case’,  it became a show.
Ultimately, I don’t know ALL of the benefits because I’m still on this road.
10) MAKE IT PERSONAL

Standing backstage at a magic convention I was chatting to Rob Zabrecky, whom I was about to walk on and introduce. I asked Rob where he got the inspiration from for his character (a spooky, friendly, quirky, hilarious, straight faced, dancing oddball) and he told me it was the things he had always loved. Silent movies, unusual music and interesting characters.
I asked him why he thought it worked so well and his answer is among the most profound things I’ve heard.
‘Because I never have to fake my enthusiasm’.

And there it is. For me, Sideshow Tricks is about everything I love. Telling stories, strong magic, awkward silences, making people laugh, freak out reactions and quirky music. The Goonies, Back To The Future, Stand By Me, The Shining. Vinyl records, old posters and single spotlights.  I can tell you that not once have I had to fake my enthusiasm. Not once on stage or during rehearsal. Not. Once.

Write down all the things in life that you really love, then use them, in every line and every space of your show. If your very best is hiding anywhere, it’s there.